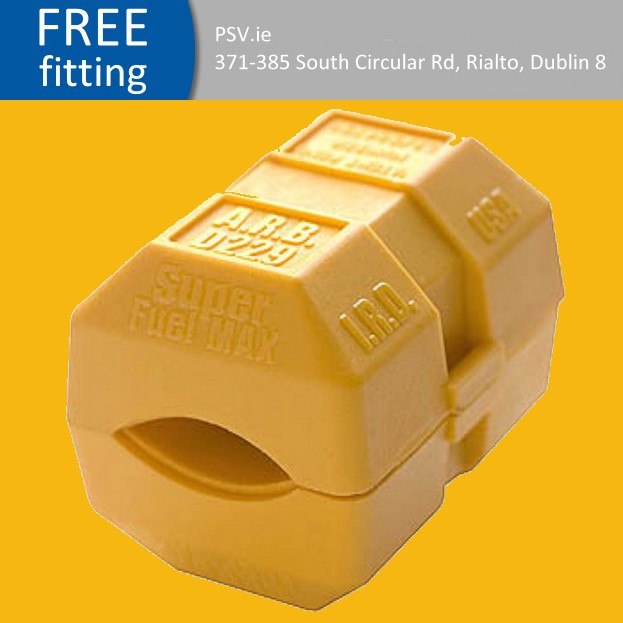 Result of actions of the device

The main elements of Super FuelMAX are magnets which are made on the basis of neodymium (Nd). Device consist of 2 equal parts. With the passage of fuel through a strong magnetic field leads to splitting the hydrocarbon chain into smaller components with their subsequent ionization, which in turn leads to more complete combustion of gasoline or diesel fuel. This type of magnets did not lose its properties over time, which shows an indefinite period of exploitation. Super FuelMAX — the compact and independent device, allowing to limit the consumption of fuel of vehicle up to 20 %, it does not demand any power supplies; at the same time considerably raises capacity of the engine and prolongs term of its service. Besides all this facts device considerably reduces emission of harmful substances in to atmosphere. Device is very simply installs on a fuel hose and this does not demand intrusion or any infringement of its integrity. If you decide to change the car for re-installation will take 10-15 minutes. SuperFuelMAX RECOMMENDED to application on any type of engine of internal combustion (carburetor, injection system or diesel).

FUNCTION of the device:

Any kind of fuel, independently of where it is stored, constantly changes its substance because of influence temperature and humidity. Such influence extend and compress fuel. Finally, hydrocarbon molecules (a basis of any fuel) start to gravitate to each other and in such way forms molecular groups – «clots of molecules». Such “clots” can not be burn completely because part of them is out of reach for oxygen zone. When the fuel passes through the zone where is installed Super Fuel MAX magnetic-resonance frequency generated by the device, dissipates formed “clots” for individual molecules charging them positively. In such way the oxygen molecules penetrate into every molecule of fuel, which promotes complete burning of fuel-air mixture. As a result, this leads to lower fuel consumption and reduction of harmful emissions. Up to date, this effect can have only group of neodymium magnets made by special technology (USA Patent № 4.802.931, 4.496.395, 7.458.412, issued by the corporation of “General Motors”).
Magnets from other manufacturers, if not to mention a cheap imitation, can not give such an effect.

These results are achieved through more efficient combustion of fuel, which is possible only by special characteristics of a powerful magnetic field created by the device on the way of movement of molecules of hydrocarbons of fuel.
In scientific classification Super Fuel MAX belongs to a group of devices called “Magnetic-frequency resonators. They are widely used in various areas, but using of SuperFuelMAX principles of magnetic resonance for the ionization of hydrocarbons is unique. The alloy used in SuperFuelMAX for magnetic – frequency processing of fuel is protected by patents US # 4,496,395 and US # 4,770,723.

At installation of SuperFuelMAX on the fuel hose, the magnetic field becomes a source of resonance in the hydrocarbon chains, passing the liquid or gaseous fuel. As a result of hydrocarbon chain molecules are ionized and split into smaller fragments.
As a result, inside of the combustion of fuel, molecules enter the maximum separated from each other, what helps them better oxidation.
In simple terms, SuperFuelMAX on the basis of magnetic resonance “splits” fuel into smaller fragments, which has resulted in more “assimilation” by the engine.

By the source of the magnetic-frequency resonance are used conductors which are created on the base of the chemical element “neodymium” (in the periodic table of Mendeleev serial number – 60). They are producing magnetic field with 16 000 Gauss.
The author of Super FuelMAX is known American physicist and inventor – Robert Kane. First time he became famous 30 years ago when he invented radio pager.

There are no reviews yet.

Only logged in customers who have purchased this product may leave a review.